Of course all this cooking will be adding to our “carbon footprint”. This set Whizz and I on one of those discussions that make me feel like a woolly minded Socialist when in fact I am a woolly minded capitalist. I think!

I am not really doing this Girth Mother stuff for Green reasons but I do think that Green issues are important and I am more than aware that I could do a lot more to reduce our “Carbon Footprint” but is there any point? After today’s debate with Whizz, I don’t think there is.

What I proposed was that the government forced us down a greener route by putting a cap on the CC of motor vehicles and setting a maximum speed limit of, say, 55 mph. Subsidising public transport and expanding the rail network back to the size it was in the 1950s. There should be incentives offered to companies to develop alternative, green fuel and by that I mean truly green and not using products that grow and create greenhouse gases of their own. We should also subsidise and positively drive a move to wind, wave and sun power to create energy. Ignore the NIMBYs, if the situation is as dire as we are led to believe then NIMBYs are unimportant. There should be extra tax on products that are inefficient, making, for example, more efficient white goods cheaper to buy than those that are less green.

We should also ban imports from countries that are developing into the fossil fuel guzzlers of the future such as China.

All the political parties should be in agreement so that this is not a political issue.

Television and newspapers should be used to “indoctrinate” us into the right frame of mind. We will scoff at designer labels and exported-then-imported scampi, our countryside will be covered in wind turbines and our sea views marred by huge buoys generating wave power.

If there is truly a danger that the end of our world is nigh then surely everyone will agree to this. 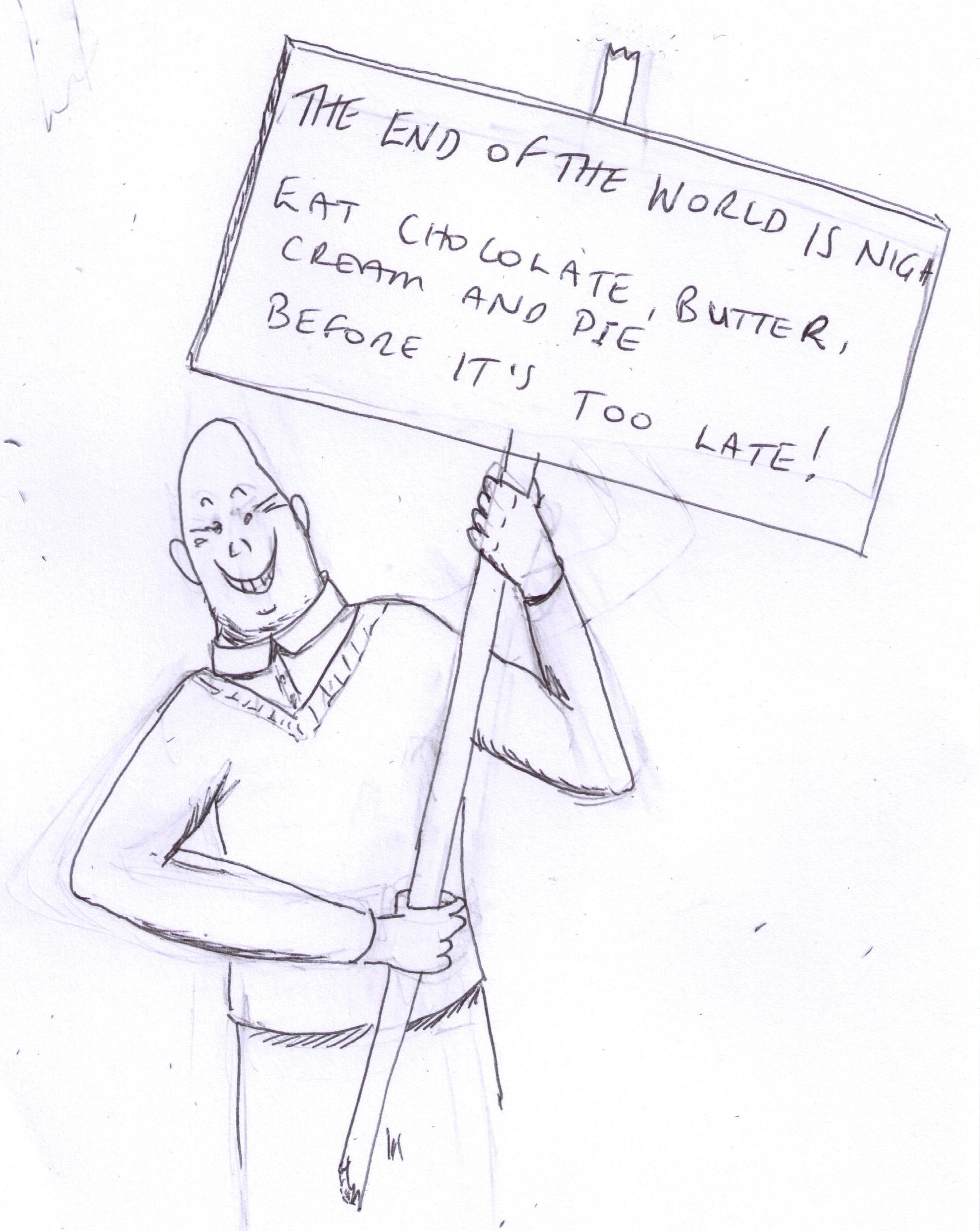 OK, so now we are all poorer, TV advertising is anathema, we all have few sets of clothing, hardly any electrical appliances and everything luxurious or more foreign than European is beyond our means; so what? Except…

As Whizz patiently pointed out, unless the rest of the world does the same thing then every mobile, educated, valuable person in Britain will move out.

But if we are truly in danger then why can’t the world agree?

“Well, “says Whizz, “China is a developing country, it thinks: Why shouldn’t we have a bite of the cherry? Why should it all stop, now that you in the West have had your fill and done all the damage? In Africa the leader of the poor country suffering horrible disease and lack of education and water has his mind on more immediate problems and the USA is worried about having caps on its output that are too stringent, allowing the poor little African country to catch it up. As if!”

“I think we have to do something to control Financial institutions.” says Whizz “If there were a collapse of the big banks world wide then that would naturally slow the economies of all the big consuming countries.”

So rock on, Northern Rock. Let’s withdraw that tax-payers money and see what happens!