You can tell Christmas is coming; recipes arriving thick and fast.

This one is an old favourite. I usually serve it with home made satay sticks (cocktail sized), at parties but this time I have bought some ready made.

half an onion, chopped 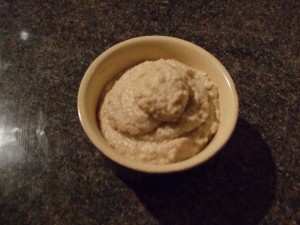 Blend all the ingredients together until it is to your preferred texture. If it seems a bit wet, add more nuts, if too dry, add more stock.

I have just revised my recipe for cheese nibbles. 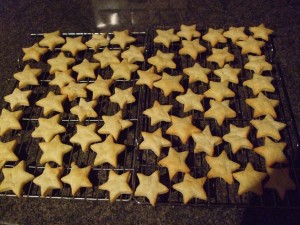 The fantastic thing about having a terrible memory, apart from the fact that it complements my terrible eyesight, terrible hips and terrible grumpiness, is the opportunity it offers for re-enjoyment.

I am part of a book group, and we are trying to read different ‘genres’. Now I’m not sure what genre Terry Pratchett falls into, indeed I think he might be offended to be put into a genre at all. However, into a genre he must have fallen or he would not have managed to get published. I will call the genre Fantasy Fiction, but it could equally be Satire or comedy.

Henny Ow, I suggested one of his books to the group and we decided to read the first Discworld novel, ‘The colour of Magic’. It has been sitting on my bedside table for ages waiting to come to the top of the list, and I needed some light relief from the latest offering from Joanna Trollop, which had left me less than stimulated. I picked it up and idly read his description of himself “writing is the most fun anyone can have by themselves.” And then the Prologue, which quickly had me chortling away at his Big Bang theory – I’ll leave it to you to read, ‘twould be a shame to spoil it, or the sales of the eminent Mr Pratchett.

I felt very cheered, until I realised I had read it before and not remembered one word, not even with the benefit of hindsight.

It does open up a huge and very cheap opportunity for re-reading our entire library. I don’t know how many books it contains but it represents two people’s lifetimes of reading (at a rate I at least, can no longer sustain given the reponsibilities of parenthood and wifedom).

Watch this space for more reviews of very old novels!