There is something charming and lovely about seven-year-old children, well most children at primary school really but I happen to be working with year threes at the moment, who are about seven.

It is also very funny. I frequently have the feeling that I am in a Joyce Grenfell sketch. Sentences like “George, take your pencil out of your trousers!” or “Lilly, put your bottom on your chair!” are pretty common place but always make me giggle because of Joyce. I never realised until I worked in a school that actually Ms Grenfell was just telling it as it is. I believe James Herriot did much the same thing in a veterinary capacity.

Recently we had the mystery of the boobies in the writing journal. Somebody drew them!

On another occasion a child was in deep trouble for pulling down his trousers on the playing field at lunch time. When asked why, he said he was celebrating having scored a goal. When the teacher, looking baffled, observed that this was a strange way to celebrate, and further remarked that it was not the way she would have celebrated, there was a muffled snort from yours truly; I’m useless at looking stern. The child was invited to celebrate in the classroom which he declined to do before sitting down looking abashed.

Children are sometimes disconcertingly honest. My new haircut or unusual clothes will be greeted, not with criticism, but questions as to why you would have made such a choice. Having to explain is often something of a challenge. On the other hand, wear something sparkly and you will be complimented by every little girl you meet. Compliments are amazingly flattering, even from a little girl.

Working with children keeps you young at heart, well that’s my excuse when I do something childish. 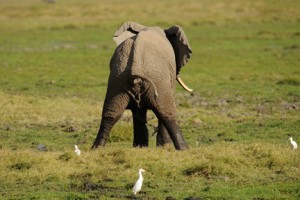 On Friday night my friend Chastity came round for cheese and wine and to watch Song for Marion. We had wanted to see the film when it was in the cinema but hadn’t managed it.

When she arrived I took her into the kitchen to pour her a drink, although she was still hung over after Friday night as regaled below. When I turned away from her she giggled, “You’ve still got the price ticket hanging down the back of your top.”

I yanked off the charity shop label and as I did so I remembered another label incident a long time ago, in another life, when I lived in Sheep Country.

Horace and I were shopping in a designer outlet village called, not that it’s relevant, Cheshire Oaks. I wanted a new pair of jeans so we looked in the Levi shop and in various other fashion outlets and Horace was getting bored. “Can we go for a drink and a cake?” The usual request.

“In a minute, I just want to look in here.” We entered another jeans shop, I can’t remember which one. I chose an item, tried it on and decided to buy it so I queued up at the till. I suppose it must have seemed like a long time to Horace and she wandered about poking and fiddling with the clothing on shelves and hangers.

At last I was finished and we crossed back over the road towards a coffee shop amid quite a large crowd of people.

As we got to the opposite pavement I felt a tap on my shoulder and a rather embarrassed woman pushing a buggy, said, “Excuse me. I think you might like to know that you have something stuck to your bottom.”

With some bafflement I felt my behind and discovered that there was something shiny stuck to it. I pulled it off and held it up in front of me. There, dangling before my eyes, was one of those strips of red sticky tape used to label the legs of folded pairs of jeans. On it, to my horror, was written SIZE 24 SIZE 24 SIZE 24 SIZE 24. It was the largest size Horace could find. 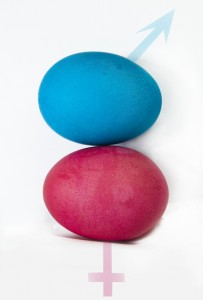 You may think that living in a Magicbhunkshire village is a sleepy affair, where people pass one another saying, “Good morning Vicar, what a delightful day”. Well, so did I until last night.

Yesterday evening I went to our local hostelry with several other women friends, to have the first of the celebrations to mark the 40th birthday of my friend Chastity (she of the key).

As the fizz hit the spot the conversation turned to sex toys. One of our number, nay two of them, had recently discovered the pleasures of adding mechanics to their flagging bedroom activities and were keen to share a very funny story.

Those of you with a prim disposition should look away now.

I’ll call the girl in question Buzz though why I am giving her a pseudonym I don’t know because most of the village will know this story by now, and not from my blog. When you hear it you will understand.

One evening Buzz, was walking with her husband, Cheshire Cat, to the village pub. Suddenly Cheshire stopped on the pavement and said “I’ve got a present for you.” He handed her a box and she opened it. There, wrapped tastefully in tissue paper, lay a vibrating egg – remote controlled (it wasn’t vibrating at the time, you understand).

On arrival Buzz went straight to the ladies and inserted the egg where the moon don’t shine (as opposed to the other place, where the sun don’t shine), and emerged looking as innocent as a baby, if a bit bow legged. Up to the bar she went to buy the drinks and while chatting to fellow bar-proppers she felt herself turned on. To her horror, not only could she feel the vibrations, she could hear them! She looked across the bar and there was her husband, sitting at a table nearby and smirking. Frantically she gesticulated to him to turn the thing off, which he obediently did

While they were imbibing, Cheshire amused himself by switching the widget on and off for a while then Buzz asked him to give it a rest. Later on Cheshire went to the bar to buy the next round. When he got back Buzz suddenly felt the egg vibrating again. “I thought I asked you to stop.”

Cheshire held up both hands “It’s not me.” He pointed to the bar and there, the landlord, Captain Kirk, stood grinning and waving the remote control at her.

Some time later Captain Kirk walked past carrying two plates. The buzzing started again but it couldn’t be the landlord because his hands were occupied. No, it was the barman!

If Whizz and Mavis want to get me singing then all they need to do is whistle the first line of a song and almost immediately and totally unconsciously I will start singing my socks off. This seems to amuse them, and I tolerate their ridicule. Not that Mavis wants me to sing when I want to sing because apparently I am too embarrassingly loud and enthusiastic.

Asked what type of music I like, I will often respond, “The kind I can sing along to”; not a well recognised genre. Sadly, I find it really difficult to still my vocal chords when the radio is on. The theme tune to the Archers sets me off in a trice, most tunes do really although I have a bit of trouble with The Minute Waltz.

Mavis and I love musical theatre and then, to my own embarrassment, I have to try really hard not to sing along – and occasionally I fail, earning a sharp shove in the side.

A few spoken words can set me off, for example Whizz might ask “What shall I do with…” and quick as a flash I’ll sing,

There are a couple of songs that pop into my head on particular occasions – it’s rather sad really. If we are expecting family members for afternoon tea I find the words of If I Knew you were Coming I’d have Baked a Cake, going round in my head followed by the irritable opinion that it should be If I’d Known you were Coming; two obsessions, singing and writing converging in an ever running circle.

The other song comes up while I am emptying the cutlery basket after the dishwasher has finished. The chore is tedious so I play a little game – I know, it is pathetic isn’t it? I pick out all the knives trying not to miss a knife before going on to the forks, then the spoons. As I do this I am singing Oh a spoon full of sugar helps the medicine go down. I can’t help it.

Is this interesting? Probably not but I’ve just emptied the dishwasher and Mary Poppins needs to be throttled!

Those of you who regularly read my blog will know that I am a bit obsessed with food. In fact I have made a pact not to write any more about my latest diet or the iniquities of supermarkets (Do you know I have lost 7 lb in 15 days and now shop at Aldi? No. Stop!)

There are three things that I think about nearly all the time, unless I am at work of course. They are Food: I’m hungry, what do we need, hope we can try that restaurant some time, those flavours would go well together, what shall I cook for friends/dinner/pudding; Relationships: I’m such an idiot, he’s such an idiot, I wish I hadn’t said that, I wish I was as nice as so and so, that person baffles me; and writing: I could write about that, and that, and that, bugger, I’ve burnt the dinner! Full circle.

Dinner parties were what we did for fun in the ’70s. After eating at Bernie Inns and Bistros we would attempt to emulate their atmosphere at home: Mantovani in the background, low lights, best frocks, white table cloth, wine glasses for different wines, a dinner service, cutlery for each course – starting from the outside and going in towards the plate.

The food would be copied too. Prawn cocktail or egg mayonnaise, Steak Diane or au poivre, Black Forest Gateau or Sherry trifle. You know what? It was great; I love those foods. I have a sudden desire to re-introduce the 1970s to my younger friends.