Yes. Very. And of course when that happens I pick up my virtual pen and ramble. 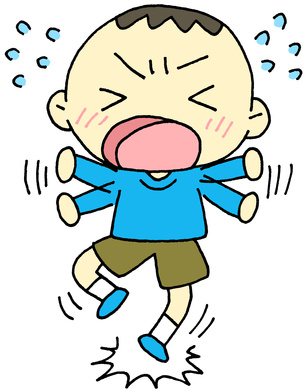 Today’s grouse is about the fact that the people who lead us don’t seem able to do the decent thing any more. Our council tax is to rise by 1.99%. This, according to the council, is the maximum it can rise without having to call a prohibitively costly referendum (no cost benefit). The council will raise £3m from this rise. It could have raised £2m from the government by freezing the price of council tax, and, if it wanted more money for specific projects like road improvements, it could have received a further grant. Apparently the government doesn’t want council tax to seem to go up, so it funds councils through the back door via our other tax payments. Either way we pay. I don’t mind paying for necessary overheads, what I object to is the lack of transparency, and the complexity of the system.

I don’t understand why funding is so complicated. Indeed why do we need to pay council tax at all? Isn’t the administration of council tax collection ‘prohibitively costly’? I’d like to see some kind of algorithm, based perhaps (and this is off the top of my head) on the number of residents and their ages (children need schools, older people need care), miles of road and weight of traffic on those roads. multiply this by a figure and hey presto, the amount councils receive to administer on behalf of their residents.

ON THEIR BEHALF. There’s a novel idea. When did People ever win over Mammon? HS2, cutting up swathes of beautiful countryside. Nobody wants it apart from some business people. In Pebbleditch and Robinghood, 122 new houses planned that will create havoc on our already over-stretched, bottle-neck of a road and our recently extended school, extended to accommodate a previous huge estate built on a former cement works (I’ve no objection to this apart from the fact that a miscalculation by our council meant that there were not enough school places planned and we have hardly any leisure facilities). The planning permission for the first 42 new houses has already been approved and I have no doubt, despite very valid objections, that the other 80 odd will also get built. The government wants more houses built to ease ballooning house prices and high unemployment. Councils have been targeted with building more, but nobody seems to care where they are built as long as the council reaches its five year target.

Money, not quality of life, drives decisions, but the point is, if we, as a country, want more money, the only really valid way of achieving it is to bring in foreign currency. I suppose you could argue that by improving transport routes, we will enable businesses in the north to be more successful. I don’t accept that at all. Where’s the evidence? Having worked in British companies and in the public sector for 40+ years, I think the problem lies partly within. Managers make decisions based on departmental budgets rather than the interests of the company of as a whole. Managers make decisions based on keeping their own jobs at the expense of the mental health of those under them; COST BENEFIT being the driving factor in all decisions, regardless of the needs of the workforce. Can we detect a parallel between business management decisions and short-term government decisions? What ever happened to benevolence, philanthropy, moral high ground? Don’t say we can’t afford it. Isn’t it what life is really about?