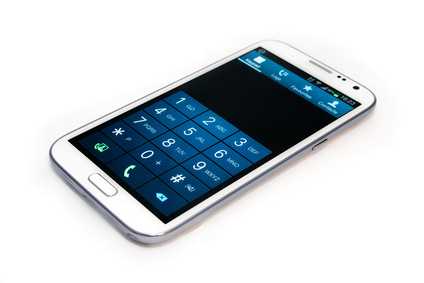 Having reported yesterday that nothing funny had happened for ages, I have to tell you that my memory had let me down. On Monday evening after a frustrating time trying to get to grips with a plastered foot and crutches, and having struggled upstairs on my bottom and crawled into the bedroom because I couldn’t stand up without putting the damned foot on the floor, I finally managed to sit on the edge of the bed to start the unbelievably tedious process of undressing.

It was at this point that I realised my trouser leg was too narrow to go over my plaster and the trousers would need to be cut off. This didn’t matter as I’d already taken the knee out of them in my fall. The problem was that I didn’t have any scissors. What I did have was my phone, so I sent a text to Whizz, who was downstairs in the office, oblivious to all my troubles: Do you think you could come and shut the curtains and help me cut off my trousers please?

I waited a while then began to get irritated so grabbed the phone again with the idea of ringing him and telling him to get a move on.

I expect you’ve guessed by now. Yes, this was the moment when I discovered I’d sent the message to a teacher at school. I hurriedly dashed off an explanation and sent another message to Whizz.

Whizz giggled all evening and the teacher hehe’d me a message the following morning.

I need smaller fingers, or a bigger phone.

This domestic appliance is located behind the house and accessed via patio doors in the lounge. Once outside one must cross an unattractive concrete ‘patio’ then unlock and haul open very tall and rotting wooden doors. Before crossing the concrete a tiny padlock key should be collected from it’s home on the the patio door handle, then one must step on a small square of decking, placed there to help remove debris and water from the soles of shoes, on re-entry. It is this particular little beauty that is the reason for my, quite literal, downfall.

I’ll pause for a moment to explain that I have a game left leg. I was inflicted, in my early teens, by an auto-immune disease that ate away much of its muscle mass and affected the bones. I therefore have a left leg that is slightly shorter than its partner, with an ankle, partially fused and inflexible (a bit like its owner). This means that I need to be very careful where I step. A lump in the ground under my foot means my whole body moves, not just my ankle.

On Monday at 8am I needed something from the freezer. I grabbed the key, dashed out, as I have done on numerous previous occasions, and stepped, not on the centre of the decking, but on the edge. Needless to say, my ankle was not up to the challenge of negotiating a ‘lump’ of such major proportions and I, dear reader, found myself plummeting towards the concrete. in short, I was decked. I shot out my hands to break my fall but ended up very much in a horizontal position and in a certain amount of pain around the ankle area. 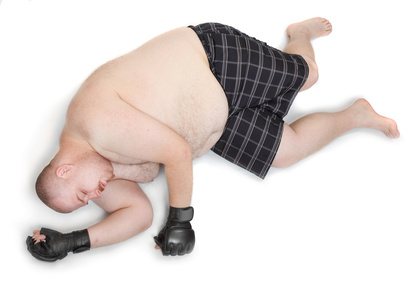 My shriek didn’t raise immediate help. Whizz heard it but was looking all round the house for me, not realising I was in the garden. I lay for a while thinking where the hell is he and eventually had to call for him.

He stood looking down at me in concern.

‘What can I do to help?’ He asked. I didn’t know. I only knew I couldn’t put my weight on the foot. He hauled me up ( no mean feat, I’m not exactly a light-weight) and half carried me to the nearest chair in the lounge. Then he started to worry. Not about me, no, about the key to the garage that had been dropped in my attempt to save myself. He began looking in plant pots and under things while I examined my injuries. The pain in my ankle was receding slightly, but my palms were covered in gritty cuts, and bruises were beginning to form. I needed looking after so, quite gently I thought under the circumstances, I suggested he stopped worrying about the bloody key and helped me to wash my hands and administer some medical treatment to my ankle.

Eventually, hands washed and foot and wrist strapped up, I decided that I could go to work. I’m irreplaceable you see (ha ha). With the help of a walking stick, owned previously by Whizz’s very tiny mother, I hobbled up the road and into school amid concerned remarks to the effect that I should have stayed at home.

Meanwhile Whizz had an appointment in Blake Robins and, telling me that he would be back at about 1 o’clock, set off, in some relief I suspect, that he could carry on with his day. Ha ha. Little did he know, his life, and mine were about to be turned upside down.

Needless to say, by lunch time I had child-birth pains in my foot and went home, stupidly turning down the offer of a lift as the trip is only a couple of hundred yards. It took me forever to get home, holding the stick in front of me with both hands and taking six inch steps, but eventually I made it, flung myself into a chair and waited for Whizz’s return.

Off we went, back to our second home, the hospital that is the former hang-out of the, now notorious, Jimmy Saville. Once there, I waited outside on a bench until Whizz appeared with a huge wheelchair that steered like a shopping trolly. I climbed aboard and we veered from left to right, in the general direction of A & E.

We settled down for the usual long wait but our names were called quite quickly. In the absence of a suitable wheel chair. the one we had was too wide to get us inside the treatment area, we were pleasantly surprised to receive a peremptory triage in the corridor. I explained that I had turned my ankle on a step and, once a suitable wheelchair had been located, were directed straight to the X-ray department.

There was no queue; this was amazing. It was in the radiology room that someone thought to ask exactly where the pain was. I explained that it was on top of my foot and the girl said, ‘We’ve only been asked to X-ray your ankle. If you want a foot X-ray you’ll have to get another form’.

How typical thought I but I said nothing and put my foot on the plate in various positions while everyone else hid behind a screen.

Once the shots had been completed I listened to the staff discussing my X-ray. It seemed as if they could see some cause for concern. Then a miracle happened. I heard a female voice say,

‘shall I run up and get another form while you do a couple more pictures?’

Yes! Initiative. The girl who had taken the first X-rays, came back and I was quick to thank her.

Soon I was back in the waiting area but it was only a short time before a lovely doctor came to collect us. He prodded my foot, apologised when I shot through the roof a couple of times, looked at the X-ray and showed me a break in the metatarsal of my little toe. At least we hadn’t wasted precious NHS time with a sprained ankle.

By 4 pm we were back home, me with my foot in plaster and sporting a pair of crutches. I’d been given a week’s supply of injections to thin my blood (remember my PE in 2012?)

It was now that it began to dawn on me just how difficult life was about to become. I had to keep the foot elevated and not use it to support myself at any time.

I’m on my third day now. The most painful part of my body is my chest, from hauling my weight about on these damned crutches. My brain hurts too as I look at all the jobs that need doing. I’m on the hunt for a cleaner.

This experience is giving me a useful insight into the lives of disabled and elderly people. In many ways it’s good for me…

…and by the end of 8 weeks I’ll have biceps and pectorals like the boxer, Nicola Adams rather than the chubby chappy in the first picture.