When Mavis was about 4 she had a beloved friend, Peter. The two were inseparable, so much so that when they both went to school, the dinner ladies called them the little married couple.

Sadly for Mavis, Peter moved away leaving her distraught. For years afterwards she struggled to make friends, but it seemed that the girl groups had already formed, and Mavis had developed a preference for the company of boys.

One day before Peter left, when he was very much in Mavis’s life,  Whizz, Mavis and I took a trip to Woburn Safari Park. You know, the place with the monkeys that rip off your windscreen wipers. Whizz and I sat in the front of the car and Mavis, in her child seat, perched behind us on the rear seat.

We peered through the widows at lions and giraffes, and soon  arrived at the ape enclosure. In a line of cars we crawled along roads between trees, where the little blighters, Barbary Apes I believe, were soon landing from the trees onto our car and gnawing at the trim and peeing on the windscreen.  Mavis was delighted to watch them being sprayed with the windscreen washers.

We rounded a corner and looked back to see an ape making off with part of a car further back down the queue and then Whizz and I turned back, whereupon our eyes were drawn to a huge ape, squatting in a sort of hut, directly ahead of us. He was observing the mayhem like the King of the Swingers. We knew he was a male because unlike the Disney character, he had an enormous erection. We stared in silence wondering if our little girl would notice. As we watched, the penis of the King of the Swingers, swung. Well actually it bobbed, up and down in apparent response to the desirability of the various crumpet options  around the woodland. ‘Oh yes, there’s a good’un,’ up with the erection, ‘Maybe there’s a better one over there though.’ slight droop, and so on.

Mavis had clearly spotted the ape and its seemingly athletic part, and after a few seconds her little voice came from the back,

‘I wonder if Peter can do that.’ 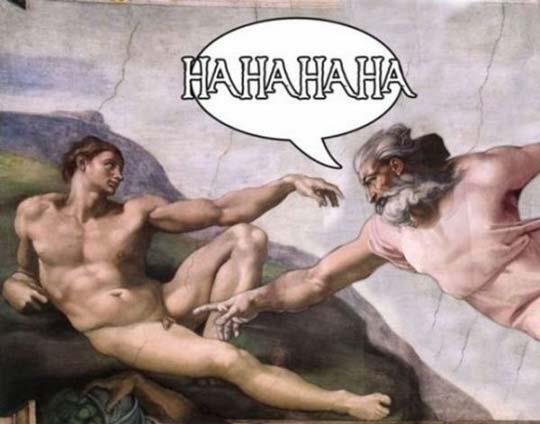