We hear a lot of funny stories from (not about) our guests so I have decided that in addition to Child Stories I should have this new series called Guest Jest. The first of these, the flippy floppy hat, has already been posted as the third funny thing,  under a different title in a previous article.

I somehow think that most of these stories are destined to come from one, special guest, The Engineer. The Engineer has been staying with us once a week since 8th September 2015, so we know him quite well. We are acquainted, directly or indirectly, with his family and friends too, in fact it’s true to say that he is a ‘Paying Friend’. The Engineer brings beer and (usually) fixes broken things, so we like him a lot.

This week, The Engineer has had an eventful time both domestically and socially.

At home, some impending visitors caused his wife to insist that he fix the defective flush mechanism on their loo. 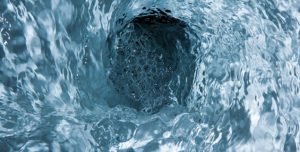 The toilet was prone to flush continuously unless the button was prodded and thumped.  On investigation, he decided that a new mechanism was required so he removed the cistern and replaced the flush mechanism, returned the cistern to its place again and flushed. Sadly, water began dribbling from its connection with the pipe. It didn’t take a genius to conclude that there was a leak where before there had been none.

It being difficult to detect exactly what was leaking, The Engineer removed the cistern and enlisted his wife to help find it (the leak). He half filled it (the cistern) with water and sat in the conservatory with it resting on his parted knees while Wifey knelt below, trying to see what had gone wrong. The underside of the tank was wet so she got some kitchen roll and began to dry the area.

This was the point at which things went wrong. It seems that the workings of the newly fitted flush mechanism were nearby, and quite by accident the poor lady set it off. The result was a face full of water for her and filled shoes for him – and a lot of mopping up.

Toilet fixed, The engineer set off for his weekly commute from Surrey, bunking at various places, including ours. On this particular evening we were to be deprived of his company; he was to dine with some colleagues. Lucky him, he was being driven to the restaurant.  After a brief chat with us he set out to walk towards his workplace, intending to meet his chauffeur en route. He wasn’t sure what car the guy drove but was relieved when a red Ford Focus, driving towards him, indicated and pulled across the road, stopping a little behind him.

He swung round and opened the rear door. There was a large rucksack on the rear seat, right where he wanted to sit so he grabbed it to move it to the other side of the car. Suddenly a hand shot out from the driver’s side and gripped his wrist. He looked up, into the eyes of a compete stranger. Wrong car!

This puts me in mind of another story, also hear-say but I have no reason to disbelieve it:

Many years ago LH and I had some friends with the strangely normal names, Michael and Karen. These friends were responsible for introducing us to a load of Hooray Henries who called one another ‘Chap’.  From M and K we also learned where in Kinsale, Ireland, we could go for a drink, in every one of the 24 hours that made up an average day, and how to lose at Poker. They owned a bulldog called Horace that was partial to a Vindaloo curry – that’s not relevant but adds to the somewhat eccentric nature of the people concerned. 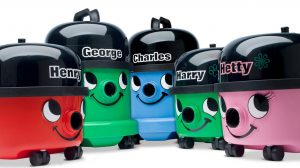 The couple (Karen eventually ran off with the plumber) lived in a house in the Midlands, a quaint place with oak beams. Their drinks  cabinet – this is relevant – was an old pine corner cupboard, mounted on the wall in the sitting room.

The Hooray Henries treated Michael and Karen’s house like home. They would often wander in for a drink when they were passing. Eventually, M and K moved to a larger house but may have failed to mention this to one or two of their more irritating acquaintances. As a result, one afternoon, a particularly gormless ‘chap’ wandered into the house and proceeded to help himself to a drink from the pine cupboard.

He heard footsteps coming down the wooden stairs and turned to raise his glass to Karen. The person who met his gaze was neither Karen, nor was he delighted to meet him.

The only moral I can think of is: Never call anyone ‘Chap’ as in ‘Hello Chap, how are you?’ I apologise to all public school persons who don’t do this – never would I describe you as Hooray Henries, even if you happen to be Members of Parliament.