I’ve always been forgetful and absent minded, but living with Whizz has made me more aware of my shortcomings in this area. It’s not that he ever criticises me, but he has such an amazing brain that I can’t help comparing my own to his. Lately, probably due to work overload, I have become TERRIBLE at keeping to appointments. I have an electronic diary, it bongs at me (when the sound is turned on), but somehow I still get things wrong. About three weeks ago I got home from work and was pottering around while planning dinner, when the phone rang. 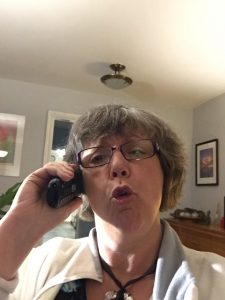 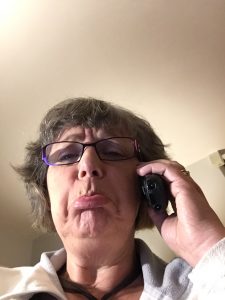 The voice smiles, ‘Don’t worry. We can make another appointment.’

Now the problem with my dentist is that her days off coincide with mine, which means that I have to go to her after work, something I am not in the habit of doing. I made a new appointment on a Monday evening, and spent the next week terrified of forgetting it again.

Monday came and I was delayed slightly at work. When I escaped, I dived into my car, parked, sprinted across the car park and up the stairs to the dentist’s reception desk gasping for breath. ‘So sorry I’m late.’ I panted, ‘ I got held up at work .’

The young and very chipper young man behind the desk, looked at me over his computer monitor and asked for my name, then he stared at the screen for a minute and looked worried.

I got that sinking feeling. ‘Have I missed it again?’

‘I don’t seem to have… Oh wait a moment, here you are… Your appointment’s next week not tonight.’

The following week  I managed to arrive after the poor Hygienist had gone home. ‘I hate my life,’ I moaned to the amused receptionist, and banged my head on the desk several times.

We decided that Monday evenings wouldn’t work for me, and then it transpired that I could have a weekend appointment – who knew?’

My new appointment will be on 29th December. Lovely way to spend part of the Christmas break.

Despite my mental shortcomings, Whizz and I get along pretty well, mainly because, in some areas, our interests collide, and we share the same, sad sense of humour. When we walk the dog our discussions can be quite lively as I have reported here in the past.

On a recent tromp around the quarry I remarked that historically, love songs by men about women have focused on their looks only. I didn’t quote it but in fact the worst case of this I can think of, came from a childhood  78 record called The Girl That I Marry, who, according to the lyrics, ‘…will have to be, as soft and as pink as a nursery,’ and  ”stead of flittin’ I’ll be sittin’ next to her and she’ll purr like a kitten.’ Yuck. I wonder if he found her and whether she became suicidal after a week of marriage.

Anyway, Livin’ Doll is pretty naff: ‘Got myself a cryin’ walkin’ sleepin’ talkin’ livin’ doll.’ and Poetry in Motion, walkin’ by my side,’ etc. I felt that things have changed for the better until Whizz pointed out that in modern times, women  say or rap about men in a similar way. Could they not sing about their partner’s brains for a change? I need another walk with Whizz to devise some lyrics.

(By the way, I’m not old enough to have purchased 78 records. We had a collection of 78s handed down by my grandparents. The collection shrank each time we moved house, when many were broken.)

Back to our walk. I started picking on Happy Families – you know -the card game. I realised the all the men had the jobs, and the women were their wives: Mr Bun the baker, Mrs Bun the baker’s wife, and so on. 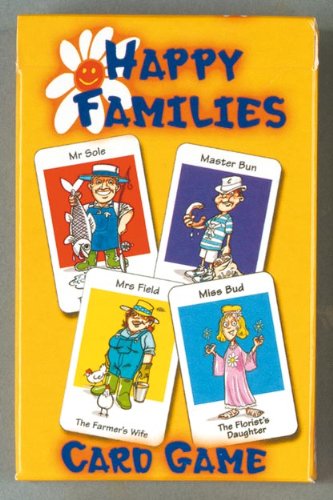 Whizz and I began to explore what a modern Happy Families pack might comprise, and this kept us occupied for ages. Here are some of the cards we came up with:

Then Whizz got that twinkle in his eye. ‘And not forgetting,’ he grinned, ‘ Mrs Appointments, the Author?’ 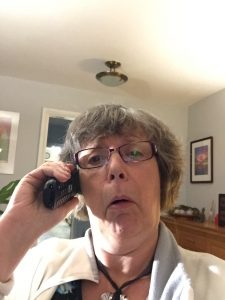