I have stopped doing paid work one year before becoming elligible for my state pension. This is to concentrate on writing. Well at least that is the plan although, as I mentioned in my previous post, focussing on writing alone is a challenge.

With the time now available to me, my first task was to set up my office in our family room, and in the course of this, as did many people over the period, I encouraged my family to sort out their unwanted belongings to be sold or donated.

Having left my school during lock-down and therefore found myself unable to bid my colleagues farewell, I was delighted to receive an invitation to an outdoor assembly on the last day of term. On that same day, I spotted an attractive pink top in Mavis’s bundle of unwanted clothes, I fished it out and tried it on. ‘Very nice,’ I thought, ‘I’ll have that,’ and put it on.

Off to school I trotted feeling good in my new outfit. During the assembly, I was presented with a bunch of  goodbye flowers and said a few words to the children and staff, then I returned home. 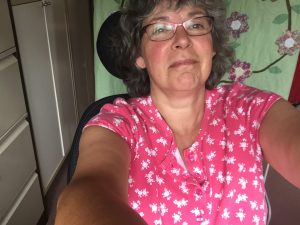 Mavis was in the kitchen. She stared at my top and demanded, ‘Why are you wearing Sara’s nightie?’

My final official engagement at work, and I attended in my sister’s night dress!